It's never too early to talk about Halloween at our house. Ryan has had his costume planned for months. He wants to be the golden robot from LMFAO's Party Rock Anthem video. LOL. I told him I'm going to get dressed up as the blonde who wears the silver bathing suit and platform heels. He's mortified! But, I digress...

Webster's has released their first Halloween line and it's adorable! I got the chance to play around with some of the new goodies and here's the result. 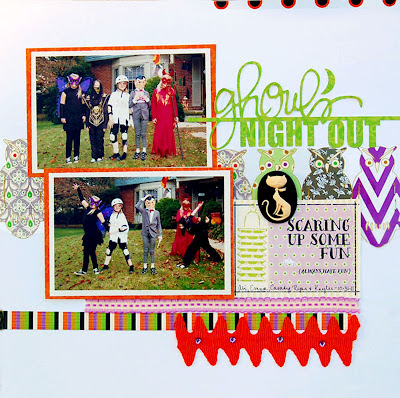 We go trick or treating with our neighbors every year, so this is the group photo shot. Ryan decided he wanted to be Slappy (an evil ventriloquist's dummy from the Goosebumps series). We didn't tell him that without the mask he looked like Pee Wee Herman! 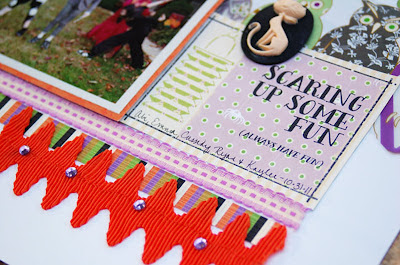 See those cute owls. they are from the new transparencies. And the orange ric rac trim is my favorite!!! 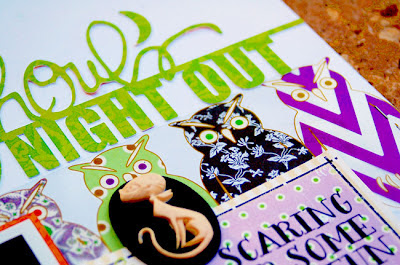 I love the title. It was cut with my Silhouette. And see that cute cat cameo? It came from the Perect Accents kit. 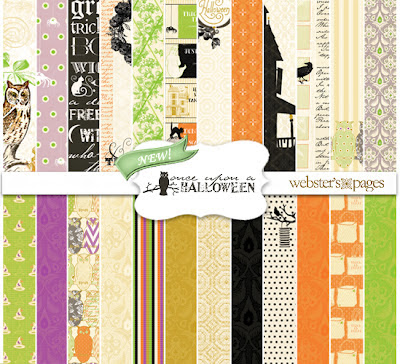 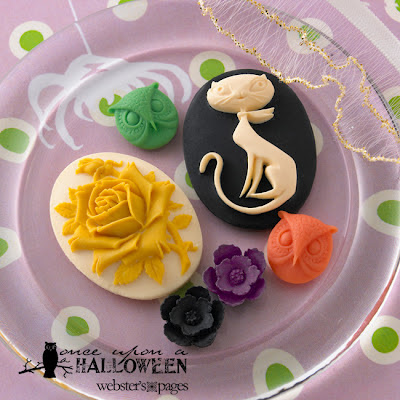 You can order Once Upon a Halloween now at the Webster's site. Everything is shipping in August. And there are tons of cute layout samples on the blog, if you want more inspiration! :)
Thanks for stopping by!﻿
Posted by Anabelle O'Malley at 5:59 AM

I love Halloween too :-) Terrific papers I love the light purple in the mix and your page is so wonderful!

Love your layout! Great new papers! Might have to go shopping! How is the new washing machine? I got one about 6 months ago and it has cut down on my water use but the loads take longer to wash...always trade-offs! LOL!